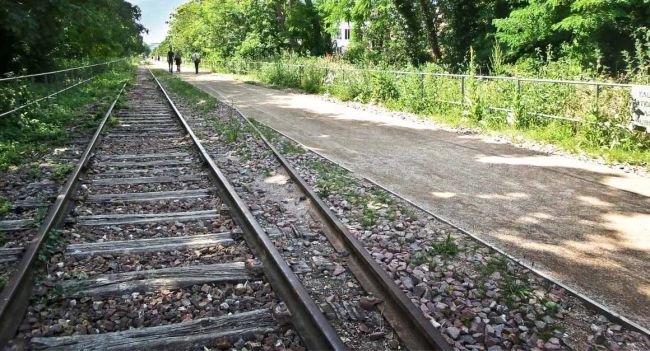 Need to escape from the city ?

Formerly a double track railway line circling Paris, it was used at the time by freight trains, then from July 14, 1862 by Parisians to move around. Due to emerging new transports (metro, bus), the small belt closed in 1934.

The city of Paris as well as the SNCF undertook to rehabilitate the small belt, and this was done first by adding bike paths, then sports infrastructure. From now on the line is often animated by cultural projects.

A nature walk has emerged in the 15th arrondissement, but also “nature trails” available in the 12th and 16th arrondissements. An ecological route can also be explored over 1.5 kilometers between La Muette and Porte d'Auteuil.

The small belt will be appreciated by joggers and athletes because of its tranquility and lack of traffic. With its various small, discreet entrances, this is the perfect place to do your morning sport. It is also a perfect place to clear your head and take a short daily walk, a peaceful place where nature is more than present, and where you can take beautiful photos, relax and disconnect from the city for a moment.

To access the different paths of the small belt :