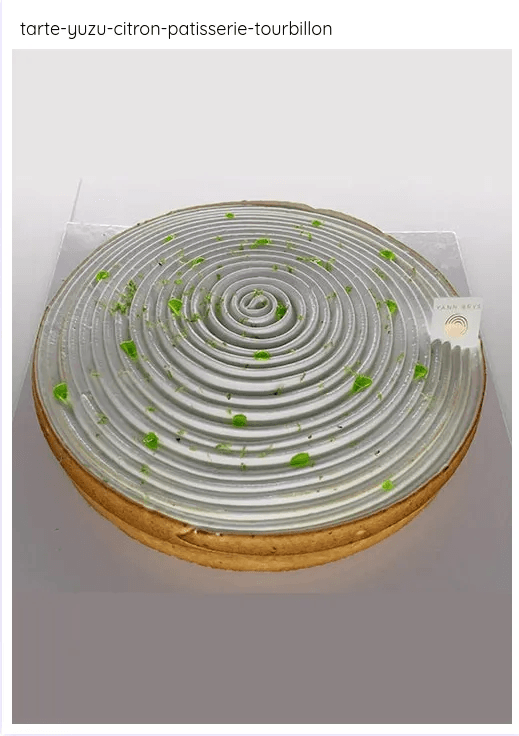 From his mother's kitchen, which he helped when he was a child, to the opening of his second Pâtisserie Tourbillon shop, the career of the great Pastry Chef Yann Brys is remarkable.

He began by studying at the hotel school in Toulouse. It was during an internship in Cannes that he met the pastry chef Michel Mendiela, this is how pastry became for him more than a passion, a revelation!

For a year he learned with Philippe Urraca, Meilleur Ouvrier de France, then arrived in Paris and it was at Fauchon with Sébastien Gaudars that he continued to perfect his skills.

During his military service he became the Pastry Chef of the Minister of Defence.

Then it is in the great Parisian hotels that he exercises.

His attraction for the shop will subsequently lead him to the Dalloyau brigade as assistant to Pascal Niau, Meilleur Ouvrier de France, the director of Research and Development.

In 2009 he created the world-renowned technique of poaching a cream on a potter's wheel, this technique allows him to scratch a cake in a different and unique way with the elegance of a Tourbillon, an idea that has matured since 2004 and will allow the realization of its emblematic, gourmet and colorful creations!

In 2011 it was his turn to be named Meilleur Ouvrier de France in pastry by his peers.

In its Pâtisserie Tourbillon you can enjoy individual cupcakes, cakes, chocolates, biscuits... But also on weekends desserts to share.